A CRUSH ON MY BOSS: The Sequel 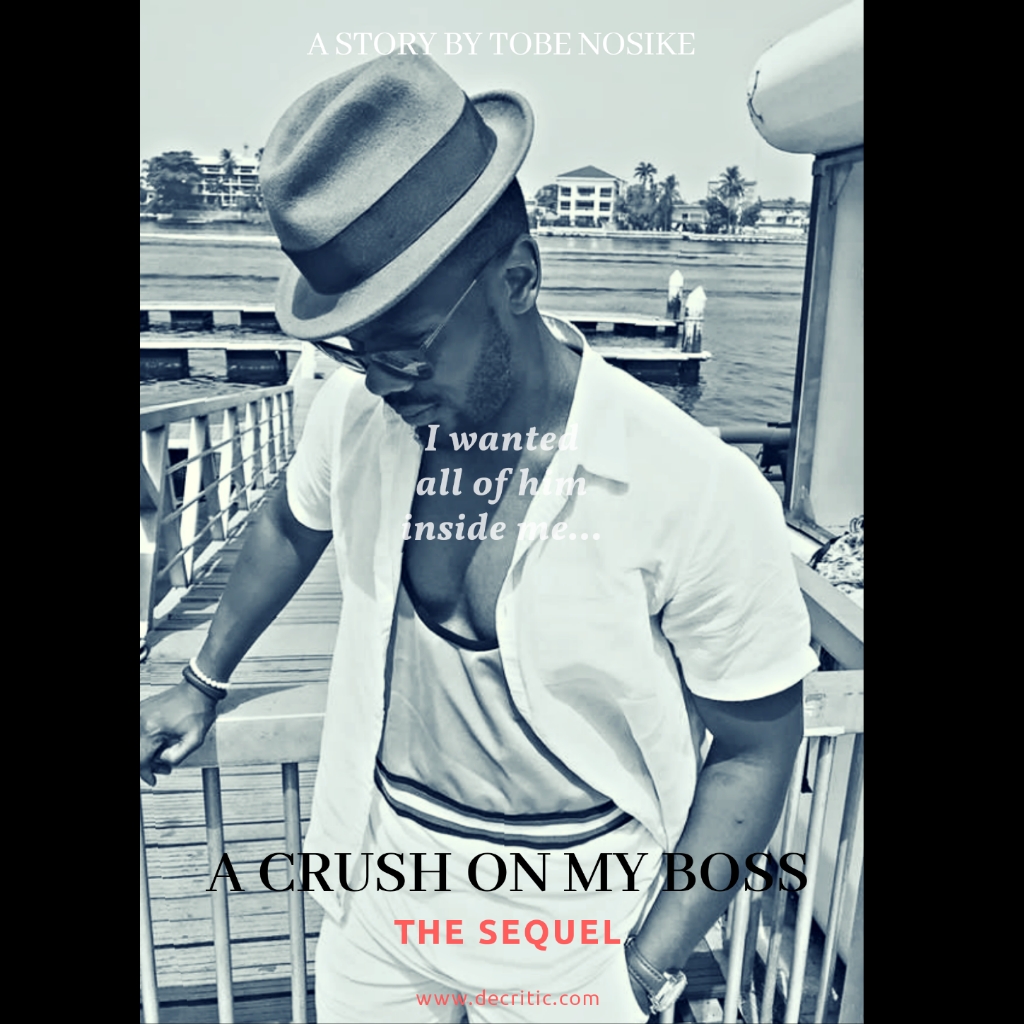 It is a new year and I will be twenty-eight in June. I was not getting any younger. My Mum always told me stories of how she got married at twenty and how five suitors before then had come for her hand in marriage; and how her mum married GrandPa at eighteen. Anyways, that was those days, we are in the twenty-first century. A century where unmarried women are not called evil or seen to be of bad character; the reason why no man has come for their hand in marriage. A time where women at forty, yet unmarried care-less and talk more. Besides, I’m comfortable enough and I don’t need a man to come and tie me down all in the name of marriage. A man who will want to tell me what to do and what not to do. Deep down me, I knew I was bluffing; which was a consolation for been unmarried at twenty-seven whereas Olivia my younger sister is in her husband’s house with two children.

It is said that the new year comes with new life, new resolution and what have you. I don’t know if Mr Johnson’s resolution was to torment me the more. He started a new style of winking me whenever I greeted him. Could this be his signal of interest? Uhmmm

I did not even understand Mr Johnson’s new walking step. Was it new or just that I haven’t noticed all these while? He walks meticulously and in a way that unapologetically shakes his buttocks. As his left leg moves out, his left buttocks do the same in a reflex action. His legs were sexy.

Over the past months, I have tried everything a young girl can do to show a man that she loves him without having to walk up to him and spill.

“Good morning Sir”, I will always say with a grin on my face every morning for the past five months. “Sir, do you need anything?” I will always ask even when I’m not called. I even know his scent. I perceive him in my room even when he is not there. I somehow managed to get the name of his cologne when I went to his car to get a file, then I bought it and sprayed it on my pillow and bed. I wasn’t obsessed, I was only in love.

I imagine Mr Johnson’s arms all around me. I wanted to feel all his muscles and the smoothness of his skin. To smell all of him with his hands around my waist and my buttocks resting on his penis. I imagined him kissing my nose, him licking my neck with his tongue, having my mouth inside his, and kissing me down to my abdomen. I want his balls in my mouth, all of him inside me and me panting from having an orgasm for him. I wanted to sleep after all these with my head on his penis and waking up with a smile of fulfilment.

I just want him. All I ever want at the moment, having him and keeping him. Tina said I was obsessed. She said it wasn’t ‘love anymore, but lust.
She advised that I avoid Mr Johnson except ‘office duty’ called, that it was better to live in fantasy than a disappointing reality. I totally disagree with her.

I got Instagram suggestions on whom to follow, and behold Mr Johnson was inline. I quickly followed him without hesitation and decided to go through his page. I started liking all his pictures from the beginning until I saw a picture of him kissing a lady.
“Hiaaaaaa, all these husband snatchers, daughters of the world that will not allow someone to have her man in peace”; I said to myself. The lady was tagged in the picture so I went further to open her own page to know for sure who she is. I wasn’t leaving any stone unturned, Mr Johnson is a signed deal already. Besides, Pastor Samuel says this year is my year in the family prayer we had during Christmas, so I’m sure Mr Johnson is the one.

Ehhhhn, the lady’s her bio name was Stephanie Johnson. I took a deep breathe and told myself that I had to calm down. She could be his sister. I went further through her page.

Oh, my world! Mr Johnson was married to this Stephanie Johnson who has four kids for him, a set of twin boys and two girls. I was in shock.

He owed me no explanation. “Vivian Okeke, he owed you and still owes you no explanation”; I said to myself as tears rolled down my cheeks.

I handed him the envelope. It was my resignation letter. I couldn’t work in such a condition anymore. Dwelling in an agony that I know he knew not of and obviously wouldn’t care about…