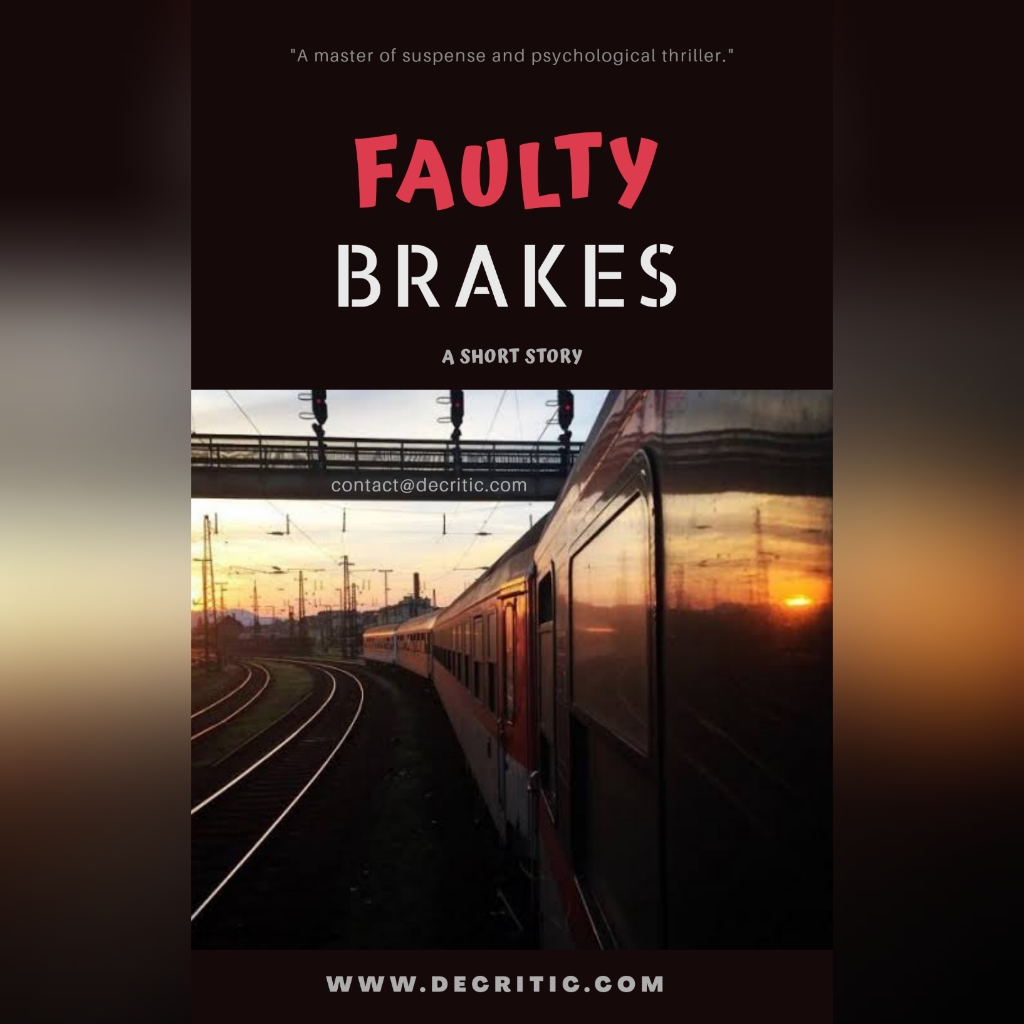 Faulty brakes? I beg to differ.

Her name is Akunnaya, an Igbo name meaning ‘Father’s Wealth’ and one not given in error. Akunnaya could pass for a goddess. When she stares at the mirror, all you see is a painted portrait of Ave Maria. She had brown eyes that shone like rays beneath her lovely black hair. Her skin? It glowed and smelled of Lavanda. Akunnaya glowed with her father’s wealth.

Asides the glowing skin, shining eyes, black hair, and father’s wealth, she was the most eligible maiden, but her specification of a man whom she must settle with was one never seen. “A man has to be pleasing to his woman, therefore, I want him 6ft tall, nothing above or below that. Dark-skinned just like chocolate cream, Slightly bearded; I am not so much of a lover of the beard gang, with a good command of English, must be rich like my father, and above all God-fearing.”

At twenty-three, men flooded Dike’s home, asking to pluck the beautiful flower he had in his compound. But this beautiful flower was not interested in any of them. They were either tall and fair; she wanted tall and chocolate or they were Pentecostal; she wanted a God-fearing Catholic or they were not rich like her father. How then would they meet her needs? Dike loved Akunnaya, and as such never wanted to impose any man on her. He wanted his beautiful wealth to be happy always, as that was the promise that he made to her mother, his wife on her death bed.

At twenty-eight, Akunnaya was still as beautiful as ever and nothing had changed. Her skin still shone, her hair became longer and curly and her breast still stood firm. She still waited for that man, the one, the man who is worthy of her. Men still approached Akunnnaya as if she just turned 20. She was indeed a beautiful woman.

Kizito is a tall fine man, creamy fine. He was everything Akunnaya wanted in a man, but he wasn’t catholic. Akunnaya rejected Kizito because he wasn’t Catholic. He was a Winner. Kola came along. Yoruba? Chukwu amankwe (God will not allow). It ended before it even began. Johnson was handsome, rich, chocolate skinned and very well-spoken. Above all, he was not just a catholic, but a devoted one at that. He prayed his Rosary every morning either at home or while driving to work. Johnson was the kind of man every woman would ever want. Perhaps, every woman but Akunnaya. Akunnaya turned Johnson down because his height was below 6ft. At this point, Akunnaya’s father called her and talked to her like a father. It was a situation of water on the rock.

Three men came in after Johnson but were also unsuccessful. Everyone gave up. They believed that she was possessed as a result of her beauty and she had a river husband.

Akunnaya met Byran at the age of thirty-nine. Byran was perfect. He was everything and more. Akunnaya loved Byran blindly and she boasted about finally getting what she wanted and not settling for what was available. Akunnaya in all her beauty got married to Byran at the age of forty.
The first half-year of their married life was beautiful, then came in the second half. Byran became a stranger. He stayed out late most nights, and unfaithfulness was a norm for him. Byran did not only care less about Akunnnaya, he lacked the fear of God. Immorality was a course he had taken, and he had no business with the sanity of matrimony.

When violence came into the picture, Akunnaya could not take it anymore. She packed her bags with her swollen face and went back to her father’s house. Dike accepted his daughter back in disappointment, after all, she was his daughter. Today, Akunnanya is fifty, with a wrinkled face, no child and no husband.

You see, in the end, life is just like a train. The moment it gets to your station, it stops waiting for you along with others to get in while some alight, then it keeps moving at full speed and never stops till it gets to the next station. Now, when you don’t get in when it stops, it keeps going and never looks back, not because it has faulty brakes, but because it has simply moved on.