LOVE IS NOT A FEELING 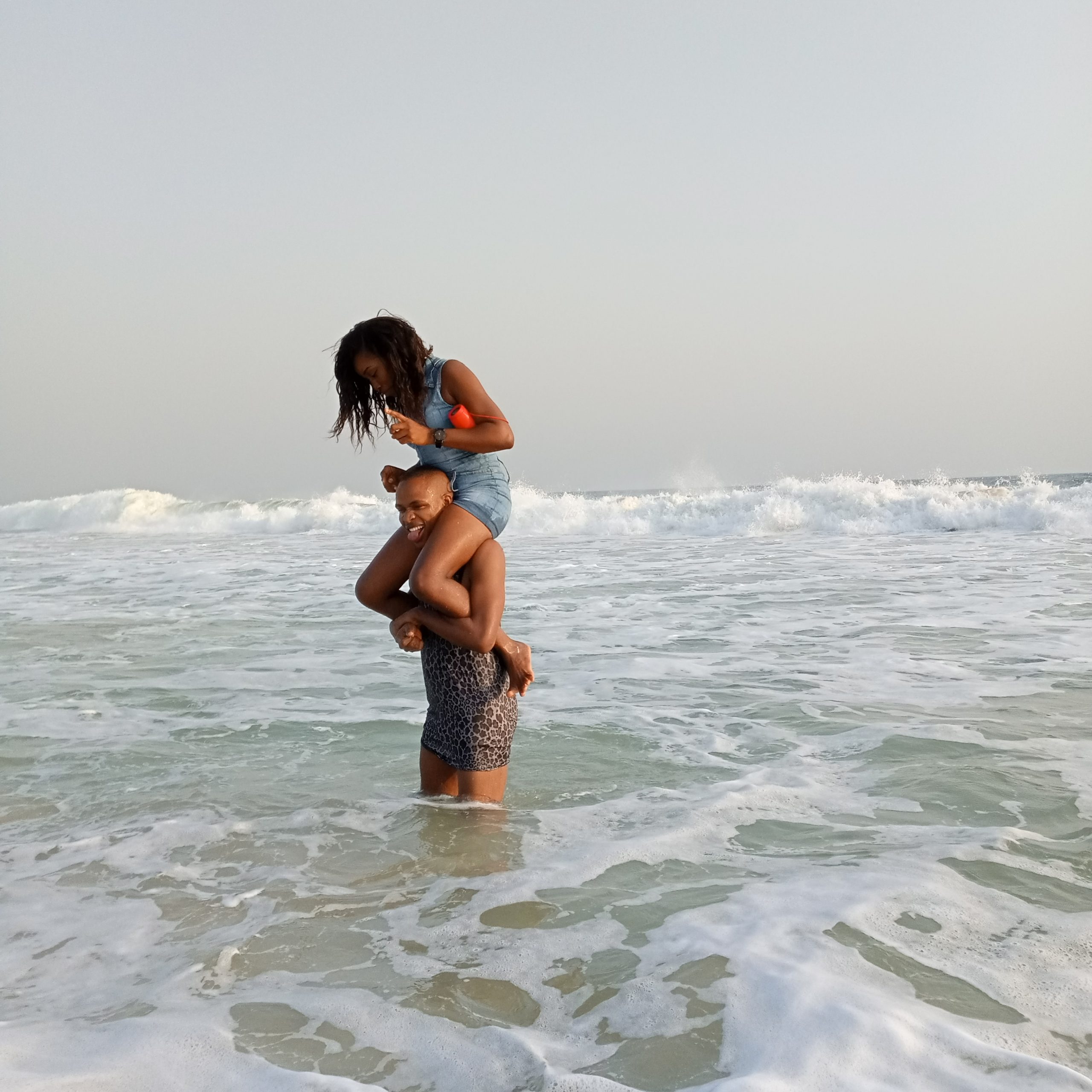 LOVE IS NOT A FEELING

Daniel is far from perfect, but he’s everything a simple girl like me could ask for.

Clumsy but sweet, he has a cocky smile that brightens the room and exposes the gap teeth underneath.

For a guy of 34, he looks older and mature and is very successful too.

He’s Generous and kind, a good lover, a Christian brother with a good sense of humour.

My dad approves of him; my mom treats him like a son. My siblings adore him, and his vegetable soup is to die for!

But there’s just something about Kabir that I can’t quite get enough of,

A hipster with a stern aura…

An average guy would kill for his physique; he wears his hair in a dread, very tight and neatly packed in a bun behind his head. These were my feelings.

His well-sculpted body and toned abs could definitely make headlines, his long legs and thick thighs would make a girl go crazy, and you could spend hours daydreaming about those full pink lips of his. His Caramel skin tone is just the right blend, his one-sided dimple accentuates the crease lines around his eyes whenever he smiles.

Something about a man who knows how to take the lead triggers a woman so… who is not afraid to show brute force and yet, makes you feel like the only girl in the world.

It might sound crazy, but the way he handles situations makes me want to be one with him, rogue yet subtle. He clouds my senses like the smell of earth when touched by rain.

I remember a time when we were at a bar getting drunk on Champagne and cocktails telling nasty jokes and painting pictures of visions and big dreams that neither of us believed would ever come true; unlike Daniel, who is unambitious, has very little exposure and is content with mediocrity, Kabir is a total contrast.

It was on one of those nights that he opened my eyes to the secrets and gave me the foresight to actually achieve my goal of being a model and ultimately the next miss universe, a dream I had always nurtured even before I got my first pair of heels at age 11.

Lost in his words and charisma, I remember surrendering myself to him that night. His arms lightly gripped around my throat, and his tongue plunged deeper and deeper into my mouth. His taste was exquisite, and the whole experience was sublime. Even now, I can still feel his minty fresh breath on my lips and behind my ear, where he suckled gently on my earlobe.

He made me believe I could have the world if I genuinely wanted it, but then, he, at the same time, made me feel like I wasn’t worth a Kobo; he was my biggest distraction with whom I was distracted without, the pill to my potion, how could my world seem to revolve so much around one person? I was so lost in love that I lost myself. It cost me more than I imagined it could. Would I still call that love? It was more of an obsession; it cost me one of the most incredible things that could have ever happened to me; it cost me Daniel’s love.

Being a man of more actions than words, Daniel saw the signs, he was aware of the fact that I harboured such strong feelings for another, and Oh was he a patient man; he truly believed and wanted the best for me even when I didn’t know what I wanted for myself, he was always there, always at the receiving end of my bullshit, he believed that one day my eyes would be opened and I’d truly see the depth of his love for me. He knew that love is not a feeling.

A depth that tolerated all my flaws saw me for who I was and accepted me, with all my perfect imperfections; I guess I never truly believed, especially not in this life, that he would ever leave me, I got so used to him being there that I felt he’d always be there, but I know now that there’s only so much crap one can take, everyone has their limit, and I definitely pushed mine and my luck so far.

Nevertheless, I enjoyed them both and didn’t know who to choose; they gave me something the other didn’t have.

But if I’m being honest, I knew things with Kabir won’t work out; he’s very different from me in terms of cultural background, and our union won’t last in a country like ours.

I’m Catholic from an Igbo background, and he’s a Muslim faithful; my parents would never agree to us being together.

But ironically, I chose him anyway…

My head kept telling me it was a wrong decision, but my heart just kept blocking out the voice,

I hope I don’t make a mistake and have to spend the rest of my life with a man who doesn’t really love me.

I guess I can say now that life truly is a puzzle, and little by little, we get to find our pieces.

It’s been a year since Daniel left. Still, here I am now, lying flat on my back, hands behind my head, staring at the ceiling, I’m supposed to be happier now, yet here I am now, feeling way emptier than I did when I first had my heartbroken, and to be honest, I can’t say I’ve learned from my mistake because, in Ernest, I’m glad I met them both, they both taught me valuable lessons. Still, one thing I know now for a fact is that Love is not a feeling. It is so much more than that; it is reality itself.

The reality (love) is the in-depth discussion you have with him/her; the holding of hands on the street; the arguments; the person you rush to share the news with; the person that makes you worried when he/she is not fine; the person you woke up to see by your side; the unflinching warm eyes that remains the same even after several sex and years… Do you have that? that is the reality of love, love is not the feeling.