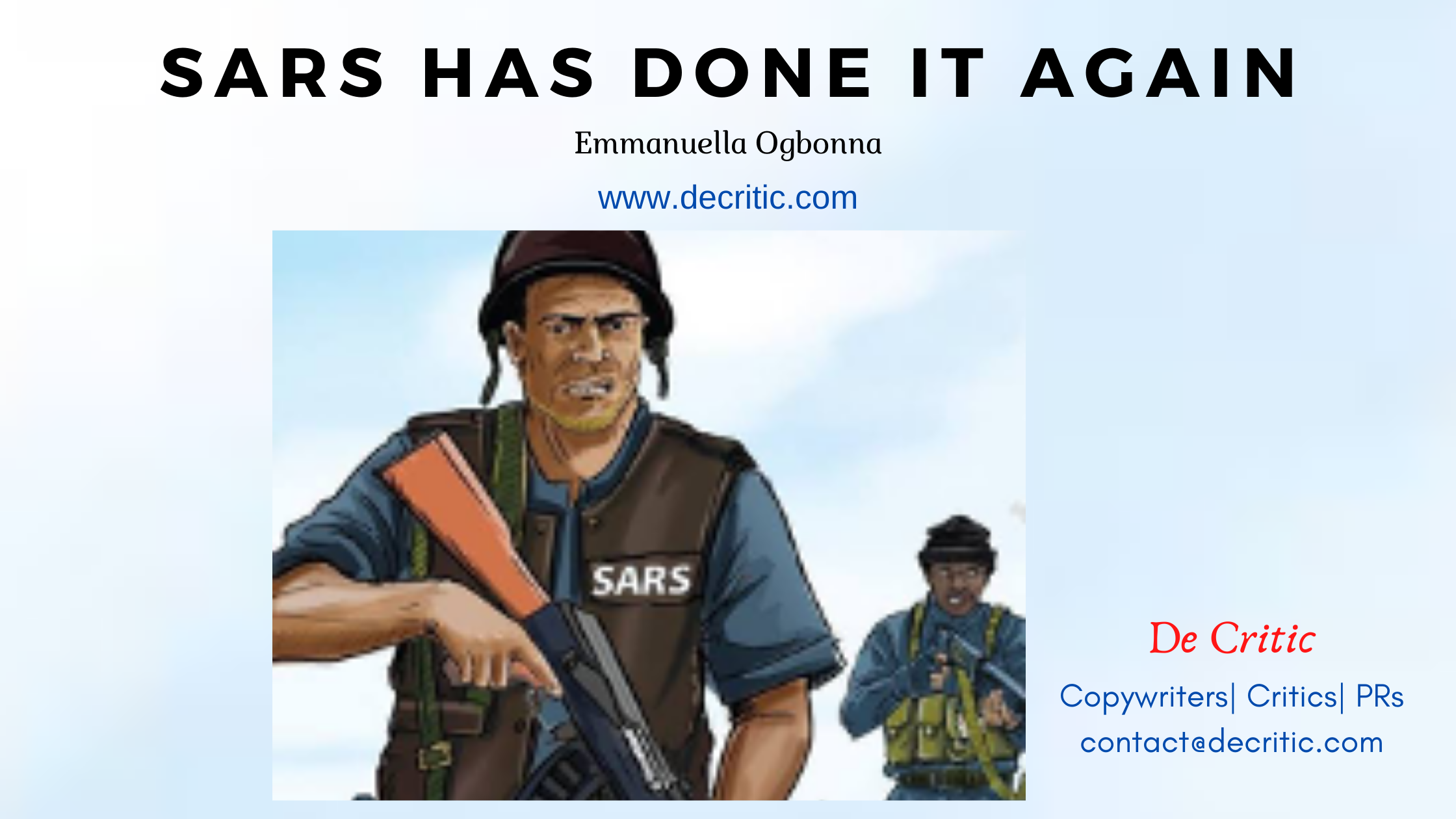 Did you know that the Special Anti-Robbery Squad (SARS) has been around since 1992? That long and it only became noticeable a few years back as a national threat to democracy and fundamental human right. This creates a question of what its original function is.

Simon Danladi Minenda, a former police commissioner, founded SARS after a Colonel was killed at a checkpoint as a way to create a special operation for hard criminals and deal with the surge in crime rate in Lagos at the time. This department eased the general duties of the Nigerian Police Force especially with crimes related to armed robbery, car snatching, kidnapping, cattle rustling, and firearms crimes.

In 2009, there was an increase in Internet fraud especially amongst university students; it was also during this time that the fashion sense for some people below 35 became predominantly thug-like or what people now call “the yahoo boy look”. SARS took to the universities and cleared off the criminals, but unfortunately, it was accused of also torturing both innocent persons and criminals alike.

Over the years this trend has continued, and SARS in Nigeria has come to symbolise uniformed terrorism which has resulted in the #ENDSARS trend online. In an interview with Vanguard, its founder RTP CP Minenda said that the squad had left its major function and needed to be reoriented and also scrutinised.

According to Amnesty International, despite the anti-torture legislation passed in 2017, the complaints regarding torture and other ill-treatment of SARS continued. The internet is full of complained cases and a host of journalist publications alleging the illegal acts of SARS, yet till date, nothing has been done. The latest is a complaint of rape and murder against one Ifeoma Abugu, but the SARS are rebutting this allegation saying that the lady died of cocaine overdose (See BBC report here)

Whatever be the case, Nigerian Police Force and all its units must learn to be civil and do their jobs within the bounds of the law. It speaks ill of our law enforcement agency when they or their superiors use them to perpetrate crimes. The SARS duty is to protect not to predate.

De Critic is a group of expert copywriters, critics and PRs awarded as one of the top ten copywriting/PR agency. We help critique on brands and lifestyles and help businesses with their writing and public relation needs. contact@decritic.com