Where would you invest your money – Piggyvest or Cowrywise? 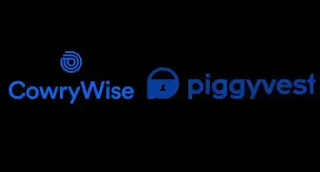 Nigerian financial system has seen more fintech startups in the last couple of years, and most of them offer savings, loan and investment services. This has been warmly embraced especially by the present millennials who bask in the digital world and breath in the technological space. PiggyVest and Cowrywise, two great Fintech companies have been making tremendous waves in the market since their inception and the silent competition between them has been observed for years. De Critic have decided to unmask both brands in our solemn duty to inform the public about good or bad brands. Here are the facts.

PiggyVest was founded by Joshua Chibueze (Chief Marketing Officer), Odunayo Eweniyi (Chief Operating Officer) and Somto Ifezue (Chief Executive Officer) and launched on the 7th of January 2016 as “Piggybank.ng”  as a savings-only platform. In February of 2019 Piggybank.ng rebranded to “PiggyVest” and then began to offer investments opportunities to users in addition to savings. It launched its Android app in July and its iOS app by August 2017.

Cowrywise was founded by  Razaq Ahmed (Chief Executive Officer) and Edward Popoola (Chief Technology Officer) in March 2017 as a wealth management platform for young Africans. Its investment feature was later launched in June 2019. It launched its Android app in March and it’s iOS app in October 2018, to mark it’s one year anniversary.

Both brands have smart investor advisers/lawyers under their sleeve, hence to lawfully navigate the turbulent waters of establishing a crowd-funding or public prospectus, they discovered a working structure thus.

PiggyVest operated in partnership with 2 Microfinance banks and used their licenses. However, in early 2018, it acquired Gold Microfinance bank and its license. It is also a registered cooperative – Piggytech Cooperative Multipurpose Society Limited (Registration number, 16555). All saved funds are warehoused with and managed by AIICO Capital, registered and licensed by the Securities and Exchange Commission (SEC) which is said to be safe and guaranteed.

Cowrywise is a registered Cooperative under whose license (registration number 15845) Cowrywise.com provides financial services. Cowrywise.com is a property of CowryWise Financial Technology Limited, a company duly registered with CAC (RC Number: 1419869). All funds are held by Meristem Trustees, a company registered with the Security and Exchange Commission (SEC) on behalf of savers. These assets are marked to market periodically to ensure savers are protected.

PiggyVest, in April 2019, added an investment feature called Investify. This feature allows you access to pre-vetted low-medium risk primary and secondary investment opportunities easily with any amount without any fee/charge. And Cowrywise, in May 2019, introduced Mutual Funds where multiple investors can pool funds to invest in securities such as stocks and bonds through a Systematic Investment Programme (SIP). It is grouped into low risk, medium risk and high-risk investments.

Cowrywise interest ranges between 10% and 15% per annum on savings. This is dependent on how long you lock your plan and the overall interest rate environment. This annual interest rate is computed daily and accrues to your plan. United Capital Nigerian Eurobond Fund has an interest rate of 8% per annum. Interest on mutual funds depends solely on the fund’s performance.

Using PiggyVest, you can withdraw anytime you want, however, you can only withdraw for free on the set withdrawal dates. Withdrawing on days outside of the set dates would attract a 5% breaking fee on the amount you are withdrawing.

Using Cowrywise, you can only withdraw at the set maturity date. You can choose to withdraw some or all of your savings together with interests. You can decide to roll over the plan for another period or withdraw part or whole.

In the end, they are both great companies offering first-class services to their customers. At first, users were wary of the change of name from PiggyBank to Piggyvest, but so far so good, it has shown itself to be a step in the right direction. As at September 2019, a glitch was experienced as investors were finding it hard to access the web and mobile platform of Piggyvest. This eventually proved to be a domain issue and has been since resolved. From our interviews and investigations, the brand Piggyvest, so far, has gained the trust of so many investors, local and foreign.

Cowrywise too has gained great momentum in the minds of so many local and foreign investors. ‘Amazing, efficient, secure’ are the words we continue to hear from our interviewed users. We are not sure why the name Cowrywise was preferred. But one thing is sure – the founders and operators have made people embrace the name. We made a ghost-shopping and found their marketers to be relatable. In the end, trust is the life-wire of any business.

Come to think of it, which one would you rather grow your money in?