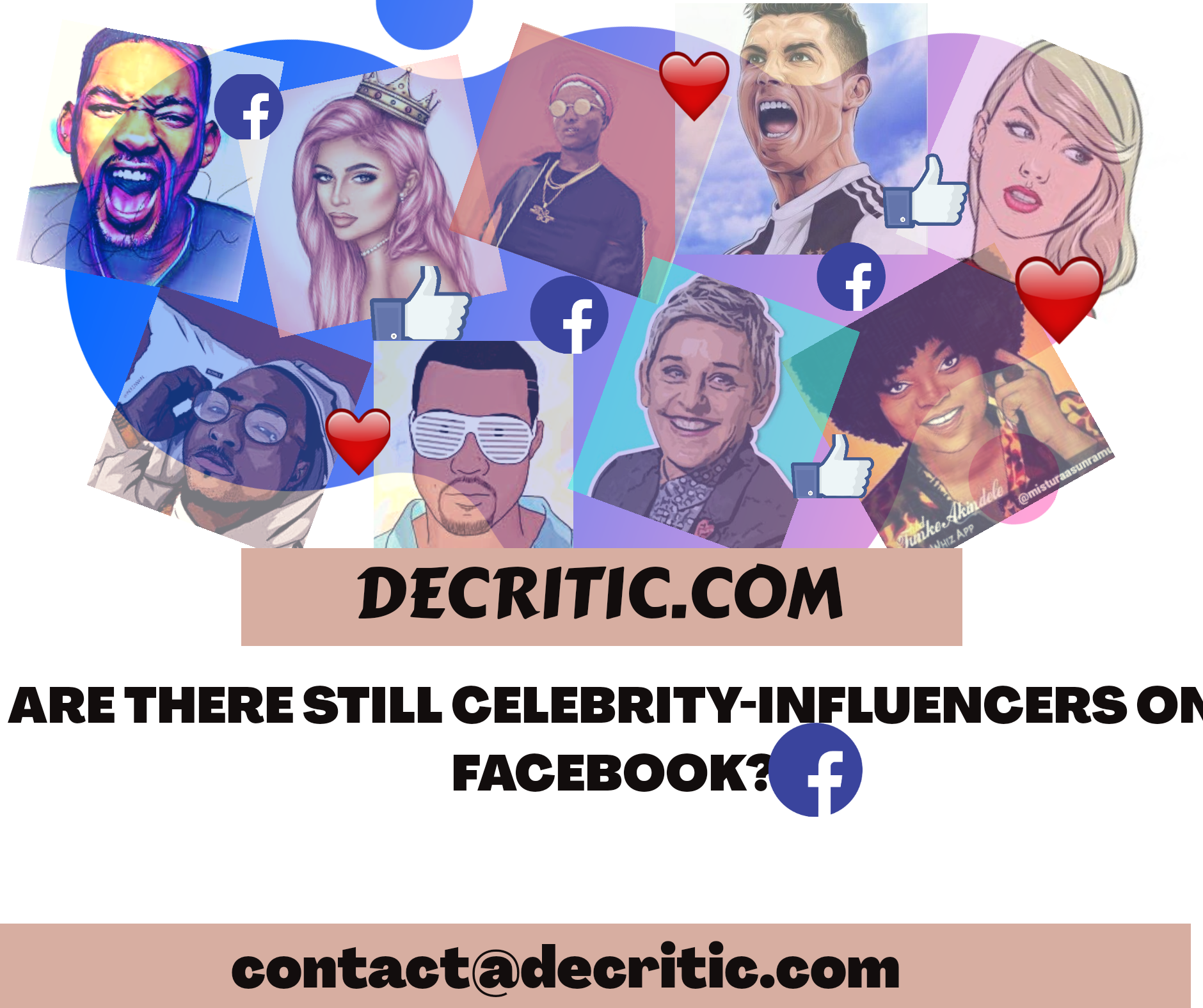 When it comes to active users, Facebook remains the number 1 social media platform with about 2.498 billion monthly active users while it’s message App – Facebook messenger, follows closely behind with monthly active users of about 1.003 billion. As it is commonly said, ‘you can find anyone on Facebook’. Youngsters would first obtain a Facebook account before seeking out any other social media platform – an excellent advantage for influencers to say the least. Yet, on our research journey, Decritic finds a lot of celebrity-influencers inactive or absent on Facebook. Like you, we asked ‘are there still celebrity-influencers on Facebook?’

It all started with the 5000 Facebook friends limit. Facebook was created as a platform where people can connect and keep in touch with real friends and family. Most people had no problem with it, because come to think of it, how many real friends can one have? But no, for public figures, they have many more friends than Facebook would allow. They complain that though they have Facebook pages for their fans and followers, they get frustrated when they have to choose which friends and family to keep and those to let go on their wall. Slowly the drift began before Facebook could realise.

Over the years, celebrity-influencers had to battle with impersonators and hackers. Facebook security measures were slow to the rescue, not to mention the privacy breach. In their defence, Facebook representatives said that those accounts did not violate the company’s s impersonation policies. Although many users created fan pages of their favourite celebrities, many more tried to impersonate them. The ease at which this is done created a huge challenge for many celebrity-influencers – the hate-speech from swindled fans, the identity struggle, the lost of trust, and so on. No wonder Debo Adebayo (Mr Macaroni) recently released a comedy skit titled ‘it’s not me o’ to warn his fans against impersonators. Many more faced the same problems – Ini Edo, Akon, Oluremi Tinubu, BasketMouth, AY, etc.

It doesn’t matter if it is a white or black celebrity, they all dance the same music. Kip Moore alone recently discovered at least 28 impersonations. Women who divorced their husbands came presenting divorced papers and demanding to know why he suddenly stopped chatting with them. Beyonce, Taylor Swift, Selena Gomez, Neymar and many others, all have their tales to tell.

Unlike other social media platforms, Facebook is a platform that is embraced by all generations. It creates a better opportunity to connect with families and friends. But many influencers don’t share in that enthusiasm. Some believe it is now a platform for the old. But stats show otherwise – it is a platform enjoyed by the young and the old.

So, are there still celebrity-influencers on Facebook? With the global social media market share possessed by Facebook, the platform is very hard to ignore. Few Celebrities still keep the faith – Omoni Oboli, Will Smith, Trevor Noah, etc, and many other celebrity brands. However, a whole lot of celebrities fail to utilize Facebook, knowing it is a platform of real social friends; a platform where engagement is very fast and quick and mostly positive unlike negative Twitter and laid-back Instagram. Besides, the followership on Facebook is mostly real and organic unlike Instagram (never mind Instagram is still owned by Facebook). Many celebrity-influencers ran to Instagram, but impostors should not separate them from their real friends and genuine followers who are waiting for them on Facebook. No, they should come home.