The prey and its targets: nightmare of foreign investors in Nigeria 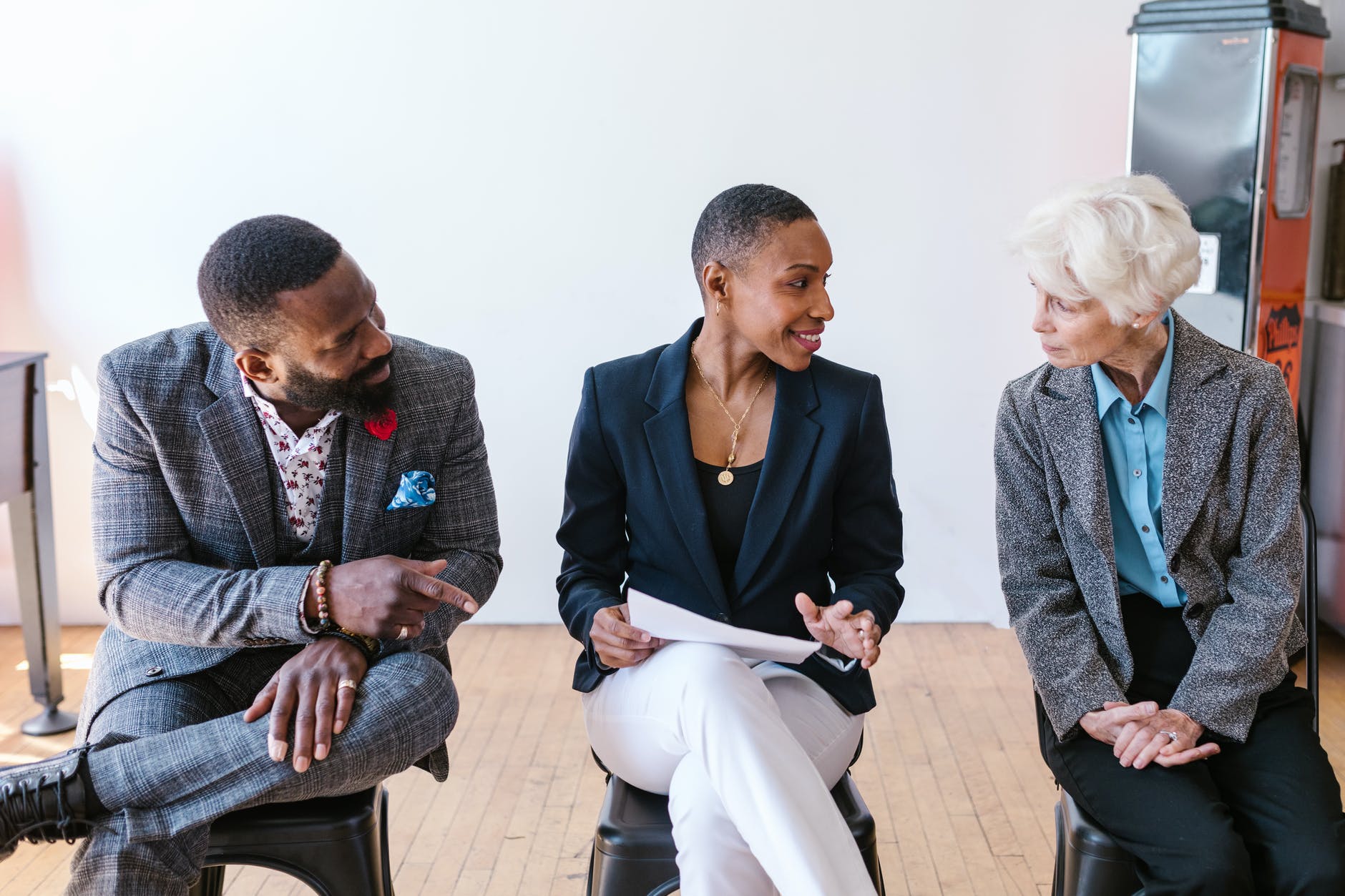 Investing in Nigeria has not been at the expected levels for several years. We have witnessed Nigeria sink lower in the world ranking of ease of doing business, now sitting at the 131st spot, behind Rwanda and Kenya, which occupy the 38th and 56th spot respectively. This is according to the world bank’s report on ease of doing business in 2019. The reality of this low ranking has become even more amplified with the ravaging structural and socio-economic issues currently plaguing the country, supported by security unrest and heightened pressure in almost every part of Nigeria. These are but a few nightmares of foreign investors in Nigeria.

It is reasonable to wonder where this could leave the country a few years from now if nothing is done quickly to salvage the remains of what has in the past been considered as the giant of Africa. From one sector to another, there has been a great diminution of resources, from losing human capital to recording an all-time low in Naira exchanges to other currencies. Nothing much is left of this once great nation. Do you wonder the reason for the “great resignation” as most will call it in the financial consulting sector of our economy? Why would our greatest asset, “human capital”, prefer to seek greener pastures overseas rather than fulfil destiny in-country? As Nigeria continues to import nearly everything it consumes and consumes everything that it imports, how are our human assets the “commodity” that we would rather export? Is there a consideration of the impact of this on foreign direct investment? Or are we so carried by our overreliance on foreign revenue from crude oil that we do not see an impending doom?

Well, the answer is not far fetched as we know that foreign investors in Nigeria consider a host of factors when deciding where and when to invest. We will navigate some of these factors in a moment.

At the peak of the COVID-19 pandemic in 2020, where most cities of the world were shut down and business operations were brought to a halt, many investors became unsure about where next to put their funds and as such there was a restricted flow of economic value globally, which resulted in countries slipping into a recession, with Nigeria not left out. Unlike the financial crisis that struck in 2008, where investors lost money from the erosion of value on their investments, the COVID-19 year (2020), presented a slightly different outlook. This time, investors had so much capital in their coffers that the “where” to invest became the problem. At that time, only the businesses or countries that showed resounding resolve to pull through the pandemic got capital importation. Financial investors and individual investors alike watched like preying lions ready to pounce on their next meal, in this case, investee countries. However, Nigeria has not stood a chance in amassing huge capital importation whether through foreign portfolio investment, foreign direct investments, or other investments.

It is commonplace to think that FDI is critical for economic growth and development especially as many assume that it thrives in the most viable countries globally. Despite this understanding, I rather believe that economic growth and development can push up FDIs. This means that the availability of human capital, good health care, quality education, security, adequate infrastructure in transportation amongst others drives the FDI. Remember that the primary aim for foreign investors in Nigeria is to maximize wealth using their capital. Therefore, for what reasons do we think that the foreign investors in Nigeria will be primarily interested in the destination country’s boom other than their own benefit?

It is, however, the responsibility of the country to ensure that the FDIs yield the most returns while serving its strategic national interests. FDI in and of itself will not work the magic. If Nigeria intends to grow into her assumed position of the “Giant of Africa”, we must therefore view FDI with a strategic mindset to serve our gain. Again, it is development and growth that drive FDI and not vice versa.

Of course, the presence of well educated, diversified and skilled workforce provides an economy with the capacity to absorb high FDI. As noted earlier, a large percentage of the skilled workforce in Nigeria have since begun the journey to transitioning to other countries like Canada, the United States, the United Kingdom, other parts of Europe and very strangely, other African countries like South Africa. These countries have in their best interests dedicated their commonwealth to investing in their economies while calibrating their acceptance strategies for FDI. In some Asian countries like China, the shift in the evolution of industrialization has impacted their economies and to a large extent caused a change in labour cost as well as the availability of skilled workers.

According to International Labour Organization Statistics (ILOSTAT) in 2020, China was the world’s greatest supplier of skilled and cheap labour; they did not assume that this was a result of FDI, rather, their commitment to creating a developed country. At the back of this, the citizens of these countries trust the government to deliver on its promises and not renege, hence, the feeling of deep consciousness and devotion to work and thrive in their country.

According to WorldPopulationReview India and Mexico rank top as the world’s largest number of emigrants and the reason for this is not out of reach. Like Nigeria, both countries have a high population, and skilled labour with huge growth potential but have failed to maximize their prosperity to improve the quality of life of their citizens. The citizens do not trust the government to create any real value from the use of its commonwealth. This breach in the social contract between the government and its people is one of the resultant causes of lower capital importation into Nigeria. Just as in the concept of demand and supply, if the citizens demand an actionable plan for transparency and trust in government, the supply will follow suit. This is indeed a huge step in the direction of resolving the call for higher FDI.

Beyond this, there is the issue of capital repatriation by foreign investors and the inconveniences created by a spontaneous change in policies by the Nigerian government. Nigeria’s tech space has been thriving in recent times due to the rapid increase in internet penetration and digitalization. However, this has not brought about the desired level of capital inflow to Nigeria. I am in no way suggesting that there has not been capital importation in that sector, in fact, according to the latest capital importation report published in Q2 2021 by the NBS, the technology sector was one of the biggest receivers of capital inflow in that period. The question remains that the growth in capital importation into that space has not measured up to the rapid growth in technology in Nigeria. As mentioned above, one major concern of the foreign investor is the ease in repatriating invested capital.

Over the years, we have been made to believe that with the Certificate of Capital Importation (CCI), which registers the amount of foreign capital flowing into the country, one will be able to repatriate invested funds, but this again has proven to be difficult. This is further suppressed by the shortage of foreign currency reserves to meet the nation’s need for foreign currencies including the investors’ need for their invested capital. Recall, in the wake of 2021, the CBN in a circular issued to banks limited the movement of foreign currencies from one Nigerian bank account to another. The fear that the CBN can one day implement a policy that hinders the movement of funds is another reason that keeps foreign investors on their toes. Of course, obtaining your CCI upon investing in Nigeria is the first step in facilitating the capital outflow of foreign exchange at a favourable rate especially for loan and interest repayments and dividend payments.  However, there are other intricacies involved.

First, you will need to apply through an authorized dealer and in most cases, a commercial bank that will throw in an official application for a bid on the Investor & Exporter (I & E) window hosted by the CBN. Usually, only about 60% of the total trades on this bid gets matched after which you receive a notification of a match from the Bank. In some cases, matches may be in tranches depending on the availability of FX. Nonetheless, a huge gap is created when the remaining applicants do not get matched for FX. On the flip side, some foreign investors would rather choose to deal privately with major I & E who seek to make local payments. This option carries the risk of obtaining a higher FX rate than normal and let’s not forget the risk that comes with not being able to fully validate and verify the source of funds – in the event of money laundering.

Over time, the volatility in our foreign currency exchange has created a deep sense of worry for foreign investors considering the lack of structural reform in Nigeria’s monetary policy. If we consider the impact this has on the valuation of a Company, most foreign investors may be unwilling to do business in Nigeria. Here is what I am implying. When you invest in a Nigerian Company whose functional currency is in Nigerian Naira, this brings about a huge exchange difference especially following the volatility of the FX from 2014 into 2015. This exchange difference which most likely results in a loss, impact the profit after tax of the investee company and ultimately, leads to negative equity if persistent and if the business does not generate sufficient profits to offset this impact. Recall, that the Company has a foreign currency-denominated investment/loan on its books where there is no corresponding asset (foreign currency-denominated), this will result in value erosions and therefore, the owners may not get a good valuation on their investment. This can cause a reduction in the FDI.

DeCritic is Nigeria’s leading Copywriting Agency and one of the top 5 PR Marketing agencies with lots of awards. Critiquing bad brands and promoting good brands through our services is what we do. Feel free to reach us directly with the button below.