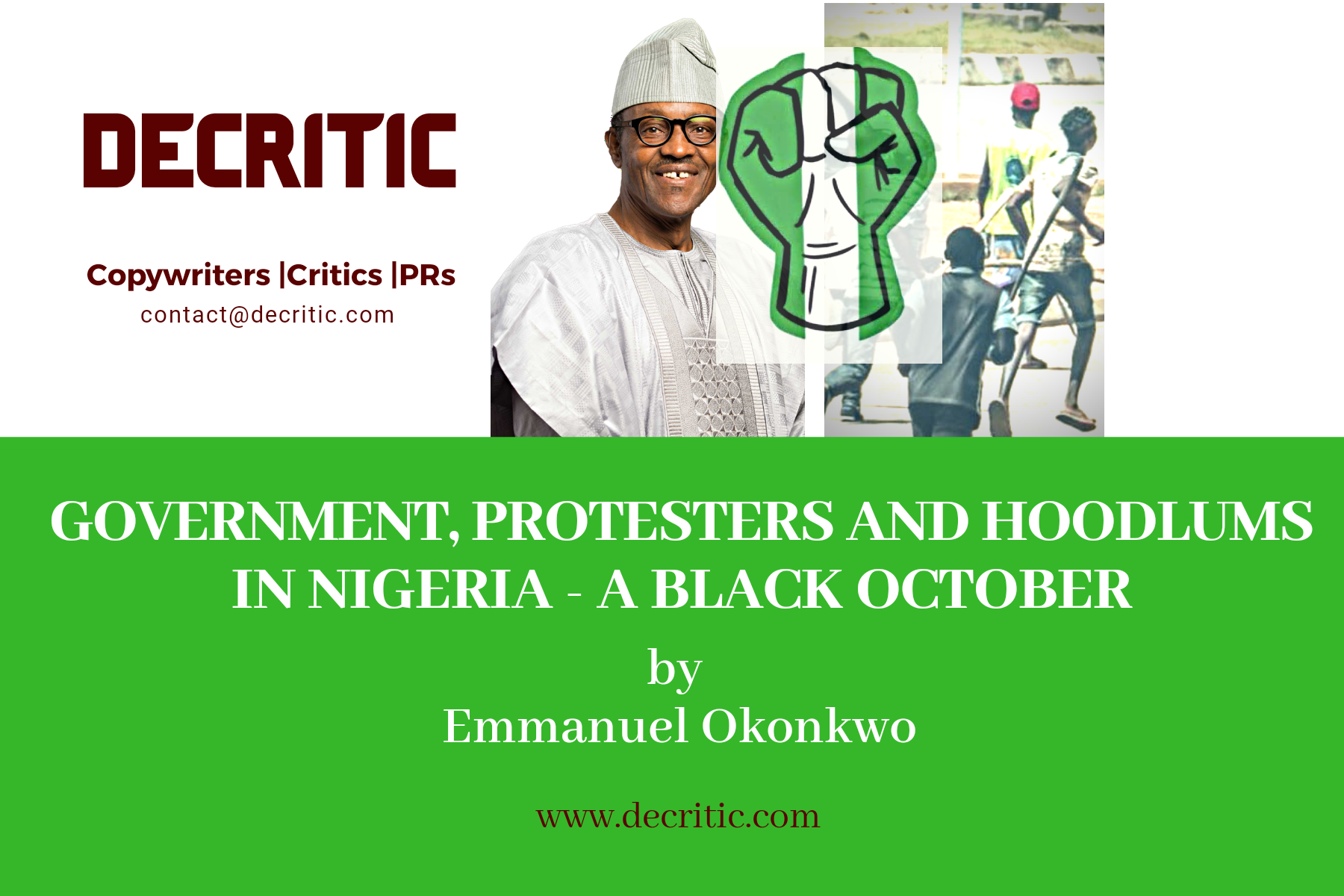 Triggered by their loved ones, tweets on Twitter, Instagram, and Facebook began. Soon, the social media influencers who themselves have witnessed the harassment from the police brutality took to the matter, and soon a movement without a leader was formed. Dates were set and people would gather and encouraged themselves. From Lagos to Abuja, to all parts of Nigeria, the movement began, and the interest of the government was piqued.

5 demands were made with the hashtag #5for5. They are:
1. Immediate release of all arrested protesters
2. Justice for all deceased victims of police brutality and appropriate compensation for their family
3. Setting up an independent body to oversee the investigation & prosecution of all reports of police misconduct within 10 days.
4. In line with the new police act, psychological evaluation & retraining of all disbanded SARS officers before they are redeployed (to be confirmed by an independent body).
5. Increase of police salary so that they are adequately compensated for protecting the lives and property of citizens.

Later, a 23-list demand was made to cover the other aspects of an ailing Nigeria, but the list was not popular and nor championed by the influencers. The reason was simple – do the #5for5 first.

The Suspicion of Government Actions and Hoodlums

The President made no official statement even after 14days of the unrest. All that was heard was the Inspector General of Police (one of whom is a suspect according to the youths, since these things went on under his authority) stating that the demands have been heard and the youths should stay off the street. No practical, honest, or transparent move was made in compliance with the demands. Instead, all that was done was to make empty promises and create an instant body called SWAT. Hence, the reason for the protest to #ENDSWAT.

The Speaker of the House of Representative, Femi Gbajabiamila, was heard on Channels TV stating that he will not sign on any budget for the next year that does not compensate the victims of the protest and the salary of the police. It begs the question of time and how. Another honourable Adamu Garba of all time, decides to file an action to ordering the president and other law enforcement agency to use force necessary to restore peace and order, whilst Twitter CEO, Jack Dorsey, should be held liable for promoting unrest in Nigeria. Nigerians have reacted to it and reigned curses at him.

The executive sat as did the legislature. They raised concerns about the non-keeping of the COVID19 distancing regulations and the fact that the protest is disturbing businesses and the economy, and that hoodlums may take over the protest. Suddenly, between the 18th and 19th of October 2020 hoodlums and thugs appeared oninarious places in Lagos and some other states, destroying properties and stealing from people. An eyewitness, who was on his way from Festac to the Island, met the unscrupulous elements around and barely survived. Another eyewitness whose video has been circulating the media saw the thugs and hoodlums entering into the security furnished cars, an abnormal occurrence. Why would security agents be carrying hoodlums and moving them to various places? See here.

The sad event that would go down in Nigerian history happened on the 20th of October 2020 when Lagos State Governor Jide Sanwo-olu announced a curfew in Lagos which was circulated around 2:pm for a curfew that was to begin at 4 pm on the same day. Later, the Governor extended same to be from 9:pm to enable workers to get home. Little did anyone know, that that night, Nigerian protesters blood are to be shed.

Of all the shootings in Edo, Ogun, and Lagos, it was the one at Lekki Toll Gate, Lagos Nigeria that stood out – The Lekki Genocide. Nigerian protesters carrying the Nigerian flag, a symbol of peace and unity, were shot by the very soldiers meant to protect their lives. Although, the Nigerian Army hoodlums protesters endsars ever being present or shooting protesters, the video evidence of protesters on ground who were recording live as the shootings took place, abounds here, here, here, and the bloodshed on the Nigerian flag here. Funny enough, an influencer had already enumerated these occurrences as the procedure by which the Government will take to suppress the protest.

Whichever way we look at it, the Nigerian Government has failed in its approach to the protest. Either innocent of creating the hoodlums or not, it has failed woefully in its approach. The #5of5 are demands that can be met on a single day and done transparently, yet the Government refuses and plays politics around it. The Army should be sent back to the barracks. The SWAT and SARS truly ended. The Police should be reformed and their salary increased. The President and all Governors should come to the protest ground and make live changes, this will definitely, I believe most definitely, assuage the youths and keep the final peace.

Using brutality to combat a massive cry against brutality is the most monstrous act of all. Life in Nigeria today, borrowing Thomas Hobbes words, is therefore poor, brutish, nasty, and short. Nigerians all over the world are angry and sad.

Sadly, the international communities and authorities have not done anything effective. International law should have to be revised to be speedier and more effective. Nigerians would have perished before its bureaucracy is followed. Nigerians need the world, today, not tomorrow.

Emmanuel Okonkwo is a writer and critic at Decritic.