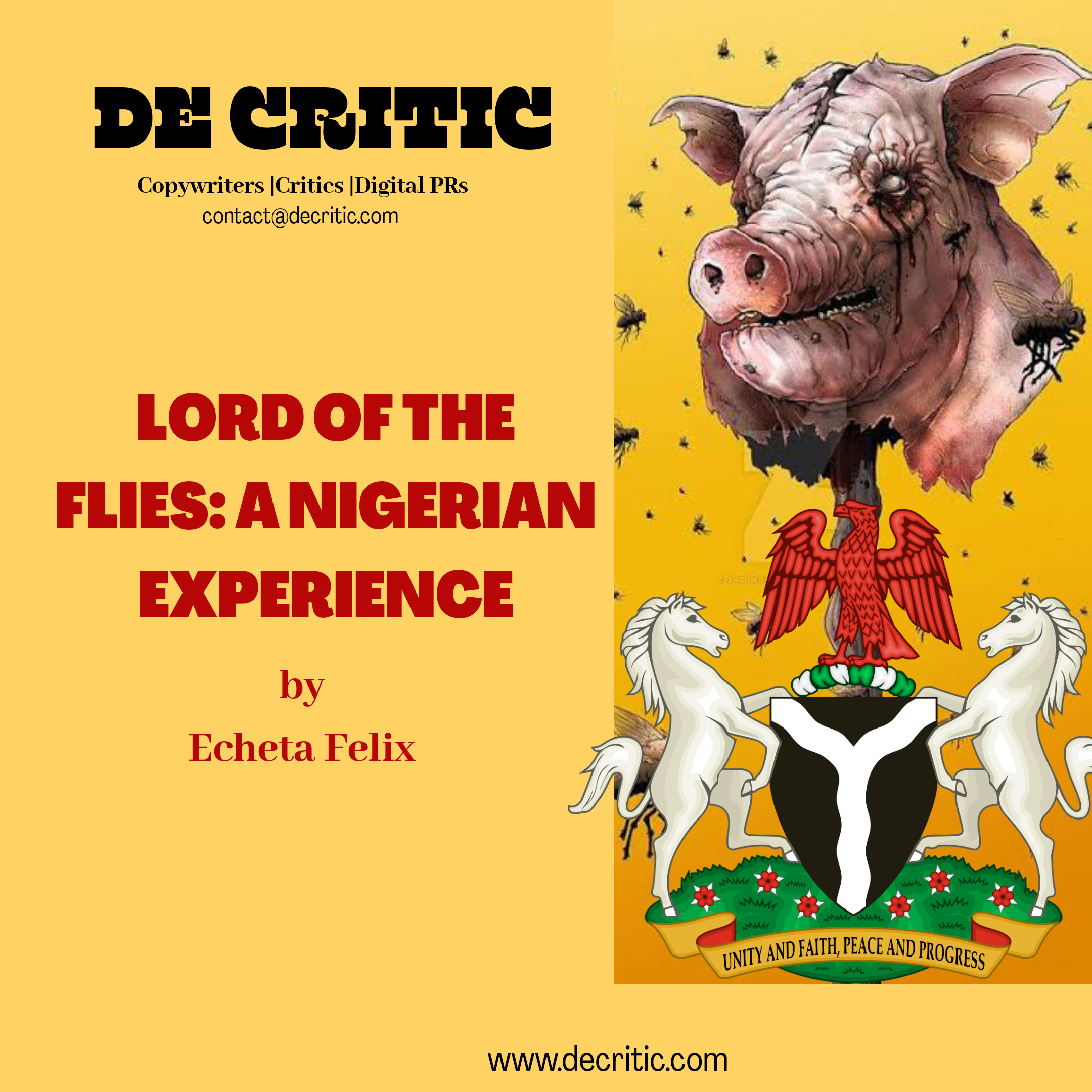 The above question by William Golding in his popular book ‘Lord of the Flies’ is one the Nigerian government needs to ask and ponder on urgently. The giant of Africa’s security forces seemed to have borrowed a page or two from the book- a story about the failure of a group of boys to co-exist and abide by their rules after finding themselves on an island as they degenerate into savages.

This country still trying to recover from the coronavirus pandemic has now plunged into another crisis, this time as a result of the heinous crimes carried out by individuals of an organization who swore an oath to serve and protect. I’m talking about the Nigerian Police Force and the deafening silence of the Federal Government (FG) regarding this gross misconduct.

The Nigerian Police Force (NPF) whose motto is ‘The Police is your friend’ has given the word a new meaning due to the friendly manner in which they shoot down innocent citizens.

Like jack and his hunting team who were also partly in charge of providing security but turned to savages in Golding’s book, the NPF had also gone on a sickening killing spree over the past few years with no one to put them on a leash.

As expected when pushed to the wall with no other option, the citizens became fed up and marched out to peacefully protest against these gruesome acts, the majority of which were perpetrated by a subdivision of the NPF; the Special Anti-Robbery Squad (SARS). The protest gained international recognition as one media headlined it by saying, ‘Two diseases were currently killing Nigerian citizens; the coronavirus and the Nigeria Police’.

The heat on the NPF and the Nigerian government became intense and they resorted to doing what they know how to do best; intimidating and shooting unarmed civilians. Over the past few weeks, no fewer than fifty bodies have fallen prey to these men in uniforms, the Lekki victims being the latest to suffer such brutality (A black October) It has become pretty obvious that complaining to this government for help will only get you killed faster.

Videos have been surfacing online showing these SARS officials being a menace and terror to the environment. They take laws into their own hands shooting innocent victims without having any justifiable cause but based on the fact that he/she looks like a fraudster. The eyewitness accounts give more corroborative evidence to these videos showing that these guys answer to no one. They are judge, jury, and executioner and the people meant to call them to order are looking the other way round. They don’t care if the rules which got them into those positions are trampled upon as long as they aren’t affected.

Indeed there is a need for the government to ask themselves what they have really become. One thing is certain regardless, these acts are far from being humane.