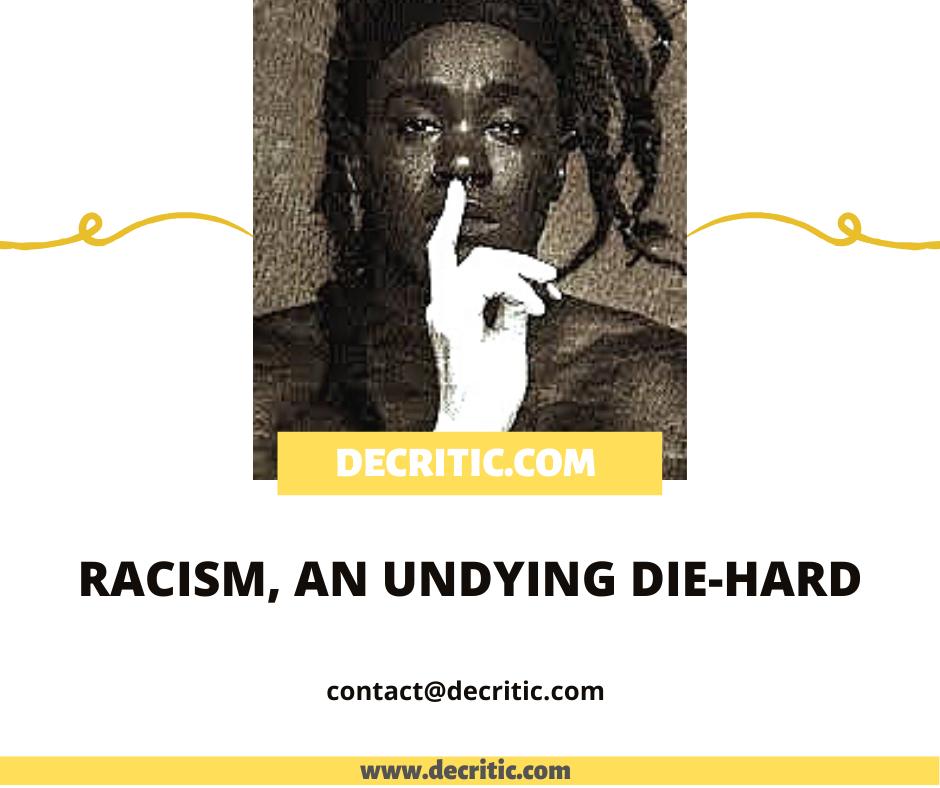 The world broke into a social media frenzy on the 2nd of June, 2020 using black images on Instagram, with the hashtag “black lives matter”, to condemn the death of George Floyd Jr, who died as a result of strangulation from a police officer. The culprit? Yet another cliché tale of a white police officer, Derek Chauvin, ably assisted by an Asian and two other Caucasians police officers. But for the viral video recording taken by a concerned onlooker, Floyd’s case would have gone down the same silent path as many other unfortunate African-Americans (Travoy Martin, Emmett Till, Tamir Rice, Breonna Taylor, Eric Garner). George’s death is additional proof of what is wrong with the American judicial system, and more importantly, the American system as it pertains to race.

Sadly, there is a sequence of these events. 401 years of slavery, 90 years of Jim Crow racial caste system, 60 years of ‘Separate but Equal’, 35 years of racial housing policy up until this point where racism is hidden under soft bigotry. When the transatlantic slavery ended, some of the White Americans never envisaged living normal lives with the “niggers”, so there was a clamour for “Back to Africa”. This was basically impossible. How do you send off a gazillion people to their ancestral lands, without any recollection or information on the area from or means by which you got them in the first place? The hashtags used on the 2nd of July were effective in uncovering the bitter truth and creating awareness. Creating awareness of the dysfunctional judicial system that is glaringly against the protection of black lives. However, no amount of hashtags can change history.

Some say America is built on a foundation of racism (this may be hard to chew for those who believe that is the land of the free; a place where everyone has a voice). America already had a rocky start. The only seeming way to totally eradicate racism is to wave a magic wand to return to 1789 and stop the first-ever slave ship from leaving the African shores. The explosion of support around “black lives matter” reveals the racial divide that can never truly be expunged. Rap and hip hop, originating from the African-American culture, are today recognized as major genres in the global music industry. Also, the African-American soul food is today deeply appreciated and widely eaten, but many people all over the world are yet to understand that these beautiful works of art were born from moments of anguish, the muted cries of the brutally treated Africans whose ancestors were uprooted from the shores of Africa.

Racism is so blatant, that once an African leaves the shores of his home country and moves to America, he/she is treated as “ one of the other blacks”, and racially profiled when the opportunity arises. The frequency at which the blacks in America are lynched by White police officers could destroy the moral and economic fabric of a nation, not just the police force. One that is so because the system has normalized the unimportance of black lives. Racism, therefore, remains the tragedy of the American story.

True solidarity goes beyond the short term euphoria of awareness generated by the buzz of social media. It resides in taking steps to challenge the status quo, especially where no one can see you. In Chimamanda Adichie’s fine literature, Americanah, where the horrors of living as a black person in America were excruciatingly explained. Racism is described as the absolute will-power of some Whites.  So much has been done to downplay the horrors of slavery in America, and how it has trickled down to racism. Sadly, this writer does not believe that there will be an end to racism, but there can be a change in the approach of dealing with it so that it can be reduced to the barest minimum. Yes, racism is an undying die-hard.