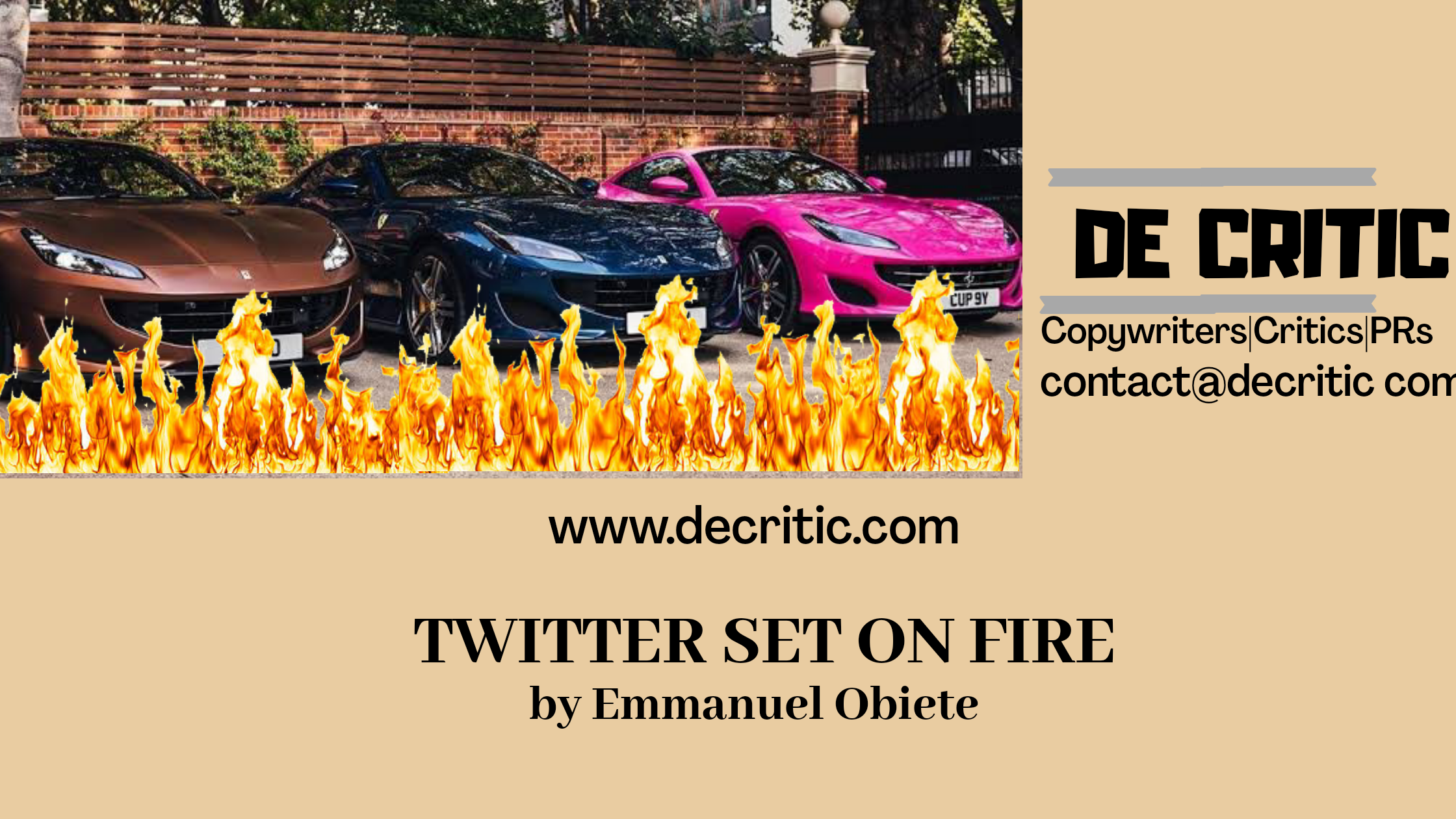 Twitter, one of the leading frontiers of social media was recently set on fire by what will certainly shock your wildest imagination.

When you hear people talking about going shopping, you could actually make some assumptions in your head on what could be on their bucket list, but for the Otedola’s it’s quite different. The billionaire businessman, Femi Otedola, recently went shopping for his daughters and for them, he splurged millions of naira on fast cars.

Otedola purchased a Ferrari Portofino for each of his three daughters, Temi, Tolani and DJ Cuppy. The 2020 model of the Italian luxury fast car reportedly costs a whopping $215,000 (N83.2 million). The colours of the luxurious automobile were specially designed to suit the different personalities of the girls.

The explosion of reactions from people online were those of mixed feelings, especially from the youths who constantly make emphasis on ‘hustle’ and never cease to ask ‘God when?’.

While some went online to congratulate the girls on their new whip, many more started to question a lot of things about themselves especially their family background. Some went as far as asking their parents the cliche question, ‘Is Otedola not your mate or does he have two heads?. THE GUTS!. Of course, no one dared to ask their parent directly.

Femi Otedola is the son of former Governor of Lagos State, Late Micheal Otedola, who is the son to parents that were never recorded in history. This shows that the former governor neither came from a linage of prominence or wealth, yet he built what was adjudged to be one of the biggest printing press in Nigeria at that time long before the thought of running for governorship was conceived.

The turning point in the life of the former governor was when he won a scholarship to study Journalism at the Regent Street Polytechnic, London. Let’s take a minute to ask ourselves, how many opportunities did we grab or ignore during the lockdown as companies and institutions worldwide provided rare opportunities as an avenue to dampen the effect of the pandemic globally?

Micheal Otedola might not have had anything to do with the internet-breaking event that happened but he definitely laid the foundation for it to be a possibility. What foundation are you laying for your future, your children and your generation and how determined and consistent are you?

Time is of the essence and just as it ticks it craves our indulgence to follow our hustle steadily. Quick gratification doesn’t make a lasting legacy. In the end, just because others are ahead doesn’t mean we are behind. It might surprise you to know that Late Micheal Otedola got the scholarship as a married man with two children. We are all working at our own pace and one day we might eventually get to gift our kids what might actually break the internet.

Let your voice be heard. You consent to be notified of updates via email. Cancel reply

© 2022 decritic. Created using WordPress and Colibri
decritic best copywriter in Nigeria won awards as the leading copywriters and digital pr and critics
%d bloggers like this: