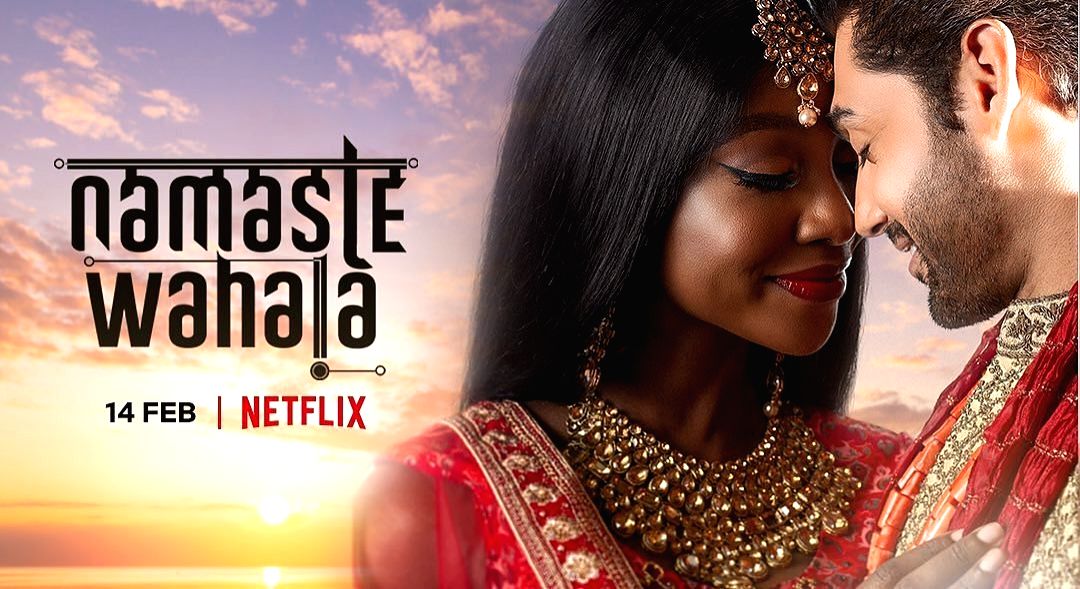 I had a lot of reasons for watching this movie. One, it is on Netflix. Two, it is an Indian production which meant it would be a Zeeworld movie. Three, the hype on Twiter resembled what I saw about “Wedding Party 2” (a disaster) and “Chief Daddy” (an unwatchable piece of junk). So I began watching “Namaste Wahala” with a suspicious eye, overly critical, ready to pounce at any error or weakness. The result? A critique of Namaste Wahala movie.

The English-language movie with bits of Igbo, Hindi and Pidgin has been directed by Hamisha Daryani Ahuja (she also has a key role) and written by Diche Enuwa and Temitope Bolade-Akinbode. Namaste Wahala was trying too hard to include Nigerians in all their languages as well as India so as to generate out-of-the-roof-top sales. Was she successful? I will leave you to judge that one.

Namaste Wahala movie is a story of love at first sight between a Nigerian lady who is also a lawyer Chidinma (Didi) played by Ini Dima-Okojie and an Indian man Raj who is also an investment bank played by Ruslaan Mumtaz. Everything about the story is Indian and Nigerian love-movie cliché. The girl’s father doesn’t approve and the boy’s mother will rather lose an arm before she allows her son to marry a woman who can’t cook “Chole Bhature”, “Aalloo Paratha”, etc.

 THE STRENGTH OF NAMASTE WAHALA

The first strength is the storyline of Jane. This one is popular on the Nigerian stage. A big man’s son batters a woman and she can’t get justice because she has no one to fight for her. Didi and her friend Leila played by the director of the movie take up this case and the batterer played by Frodd backed by his father’s affluence and a corporate system that shields high-profile crooks, is getting away with murder until Didi pulls a shocker.

Jane gets justice and Frodd losses money plus a slap in the face from RMD. I believe he got away rather too easily but the point is that there is another substory to the plot and we can revel in the catharsis of seeing on-screen justice that eludes us so much in reality.

The storyline is not the worst issue with this movie because nothing is completely new on the screen – every great movie derives its power from its execution. One easy way to sell a story is by having strong supporting characters. “Namaste Wahala” movie failed in this regard. At least 50% of the time.

The character of Raj’s friend played by Koye “K10” Kekere-Ekun was okayish but the portrayal was terrible. A better actor would have done big things with the character.

Sigh, there is the cameo of M.I Abaga. Fun, zero. Importance to the story, zero. Just misplaced vibes from a co-producer who wants the credit for his ego.

The film sticks to stereotypes and has a laughable plot from the beginning. So many things are so hard to digest even if major commentators on the namaste wahala movie will not say the truth. Starting from how the lead pair fall in love in seconds at the beach (they have met just for 5 minutes!), and directly dreaming of marrying- a typical from 90’s Bollywood!

 BACKGROUND MUSIC
The music is passable and overall the screenplay is dull making the film an extremely tedious watch.

The leads- Mumtaz and Okojie have done a decent job but the sketchy writing by a troubled copywriter lets them down. ‘Namaste Wahala’ movie was a 2021’s Valentine release on Netflix. Perhaps it would have been more suitable if it was released twenty years back. But ay, this is just my critique of Namaste Wahala movie.

Promise Rhema is a Critic of Movies and a copywriter that focuses on lifestyle and movies. She is a guest writer at DeCritic and she is known for her bluntness with words.