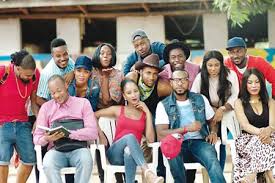 ‘Crazy, Lovely, Cool’ So What?

When Obi Emelonye left Nigeria for the United Kingdom with a degree in theatre arts, got to the United Kingdom and started doing law, he was perhaps a hamlet of his own destiny. Not long after the Nollywood movie director had to quit law and respond to his calling – filmmaking. Of course, he made a name for himself in movies like Onye Ozi, The Mirror, etc. But the director despite his nominations and awards was still far from being well-known by non-traditional Nollywood followers. Fast-forward to 2019, his sweat of 2017 paid off with Netflix. Crazy, Lovely, Cool was the child of that union. And everybody is talking about the movie. But critical minds are waiting for a review. Is the clamour about this movie worth it? Well, De Critic is sworn to expose every good and bad brand behind the sun.

While so many movies have been made about the labour market, politics, marriages, etc. it seemed no one was paying attention to the life of University students. The significant movie that came a bit close was Shuga, but Shuga was focused on the didacticism of HIV/AIDS.

The entire episode was intriguing, but certain ideas and actors got blood pumping into our adrenaline. First, was the idea of a blogger with a disability in the university. Such talented persons always exist and gradually they come to limelight with consistency. Here was a blogger, Izu (played by popular actor Enyinna Nwigwe), whom no one bothers to read his blog, and soon, everyone had to check up to see what info he had to give. But far beyond that is his principled lifestyle. An intelligent, handsome and conscientious young man, loved by two women.

A dramatic operatic coloratura display by a renowned soloist, Blessing Agu, was introduced into the scene from which all other acts were to spring. That scene was the quiddity of the movie. As against a borrowed mp3 or fake sound effect often witnessed in Nigerian movies, here, we see from the distant scene, a live and operatic performance foretelling doom and provoking us to the pains of the deceased sister, Boma (Chinonye Chidolue).

Who is this lady Boma? Goshhhhhhh! We should all line up Nollywood talent finders and penalise them for taking so much time to find her out. Oh! she acted the scene so well. The concept of her inability to perform (cry) at a drama rehearsal only to be ironically faced with the reality of the death of her brother was epic. And now the tears were gushing forth. This is a Nigerian scene where the audience anticipated tears and no one dares fast-forward that scene. Like seriously? Kudos Chinonye! Kudos Obi Emelonye!

What about the crazy weird medical student who would perform an autopsy for free simply because she loves dead bodies? Ah, that got us cracking, as we can relate with that weird professor-student in every class. What about Wisdom? My gosh, that guy can act! He is that crazy, careless and surprisingly, lovely friend we all have. That person that can lead us to our death and at the same time be there for us when no one will. That idiot that is unbelievably intelligent.

What about Funmi (Adesua)? We can say she is a made actress after ‘the wedding party’, but consistency is no easy task. She captures the role of the brave women in our society, whose braveness can be traced to their university days. She acts crazy and lovely at the same time. What about Luciano? The ladies may be dying for this young man over his looks, but the guy’s acting ability is a major hook.

Wisdom is crazy so is Izu’s first girlfriend. We can say Funmi is crazy and lovely. Izu is cool. Boma ended up being lovely. etc. But is the title Crazy, Lovely, Cool the best? We think not. From a distance, the title is enough to make us scroll away on Netflix list. But perhaps, what endeared us to click is the face of Adesua and Obi Emelonye; the much-generated noise campaigning for a watch of the movie; the fact that Netflix team will enter such a weird title on its list; all these but the title. And after a click, we were not disappointed after all.

The Future of Crazy, Lovely, Cool

One of the beauties of the art of performance is ending it with a bang at the perfect time. If it is too long, the audience goes weary; if it is too short, it is unappreciated. Producers, Writers and Directors must learn the art of perfect timing. It is our hope that Crazy, Lovely, Cool will not go beyond season 2. If it did, with the same actors, the world will go weary of the movie. If it did, but, introduce new university entrants with minimal connection with graduates, it may survive beyond season 2.

As for awards, this movie deserves an award. With a proper campaign targeted at the millennials and Gen Z’s, this movie is likely to be voted for (and to win) an award.

Written by De Critic
Ifeanyi Emmanuel Citadel Okonkwo is a professional content/creative writer; a critic and a lawyer. He is a published writer internationally and locally. He holds Bachelor Degrees in Law and Philosophy; Diploma Degree Music, Content Writing & Marketing; and a Masters Degree in Law. He has written for some of the world best marketing agencies, influencers, blogs and magazines. He is crazy, rational, fun and balanced. 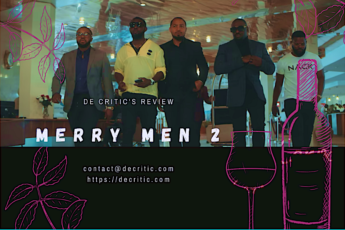 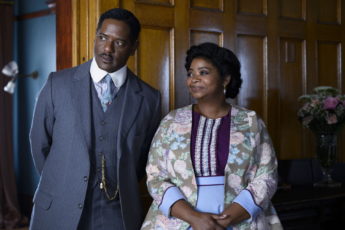 10 Powerful Quotes from Movie - Self Made 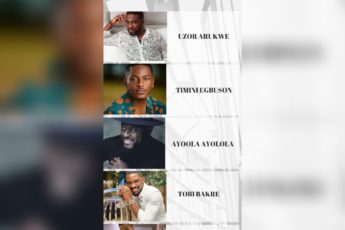