History of the best Copywriting and PR Agency in Nigeria 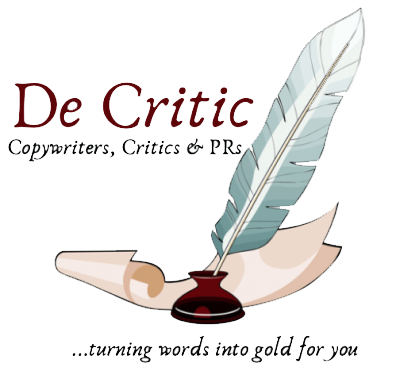 De Critic is a leading copywriting and digital PR agency in Nigeria and Africa. De Critic is a registered company, comprising expert writers and digital public relation personnel who came together after a near death experience of one of its directors – Emmanuel Okonkwo – to start the company.

In 2018, the writer, Emmanuel Okonkwo, entered a fast food restaurant and procured a yoghurt. It turned out that the yoghurt had expired but remained on the shelf for sale. Emmanuel drank the yoghurt and caught food-poisoning. He was rushed to the hospital where he almost died.

He was visited at the hospital by his friends, and when he became better, the discussion came to be. They were very dissatisfied with the recklessness of the brand that produced the yoghurt, and it was agreed that something had to be done.

There and then, the friends who are writers for various companies, came together and decided to form an agency whose primary purpose is to criticise brands and keep them on their feet, while writing for and promoting good brands.

To this end, the services of the agency were formed –  Critics, Copywriters and Digital PR.

In no distant time, the agency began to wax strong regionally and internationally. De Critic was recognised in 2019 and 2020 by Sortlist as one of the top leading 10 copywriting and PR agencies in Nigeria.

De Critic has also expanded to stamp its footprint in the entire Africa continent through digital representation. It now recruits various tested writers and PRs across Africa.

De Critic continues to write for clients from various countries in the world, including Americans and Europeans.

Need the services of the best copywriting and digital PR agency in Nigeria and Africa? We are here to serve you. Reach us here contact@decritic.com or +2348119832176.